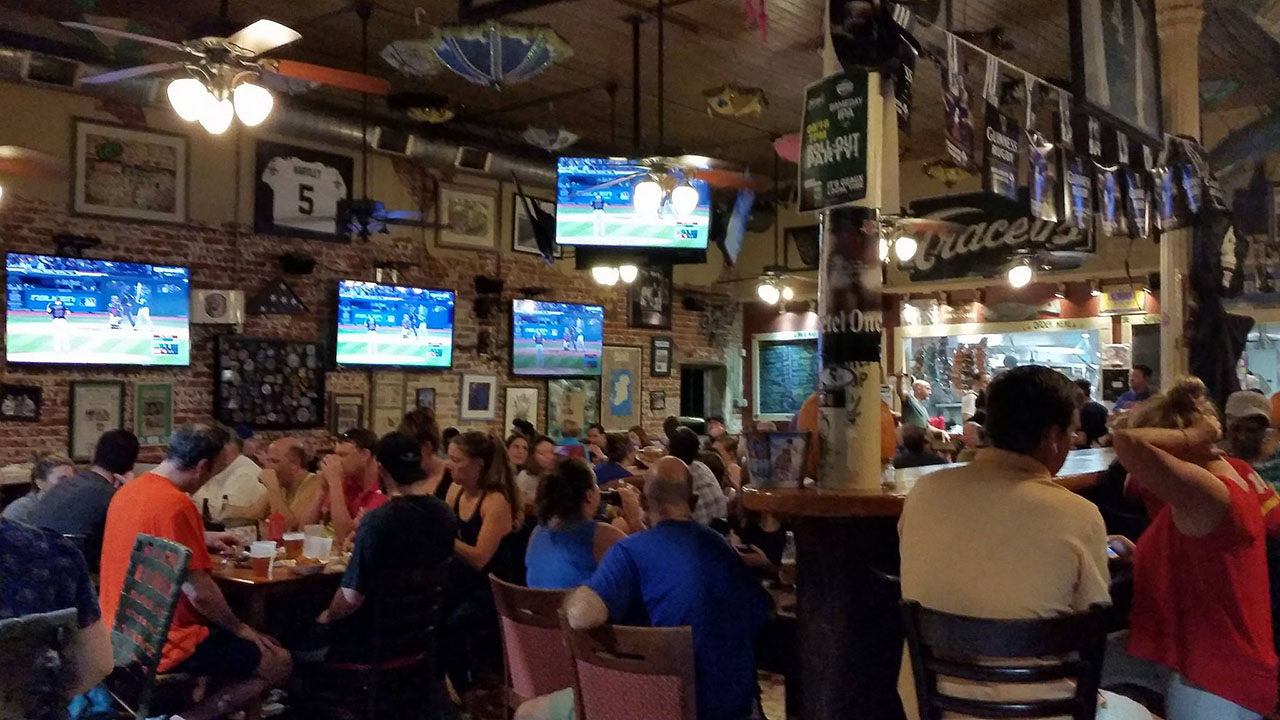 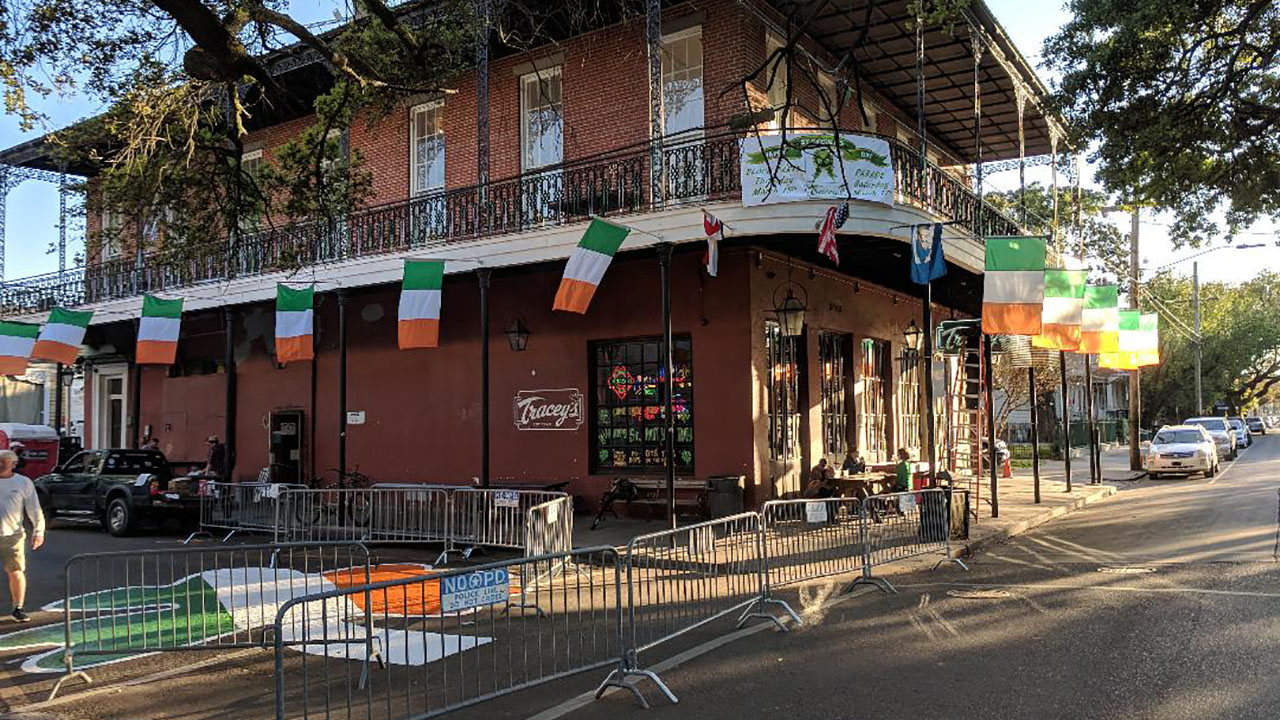 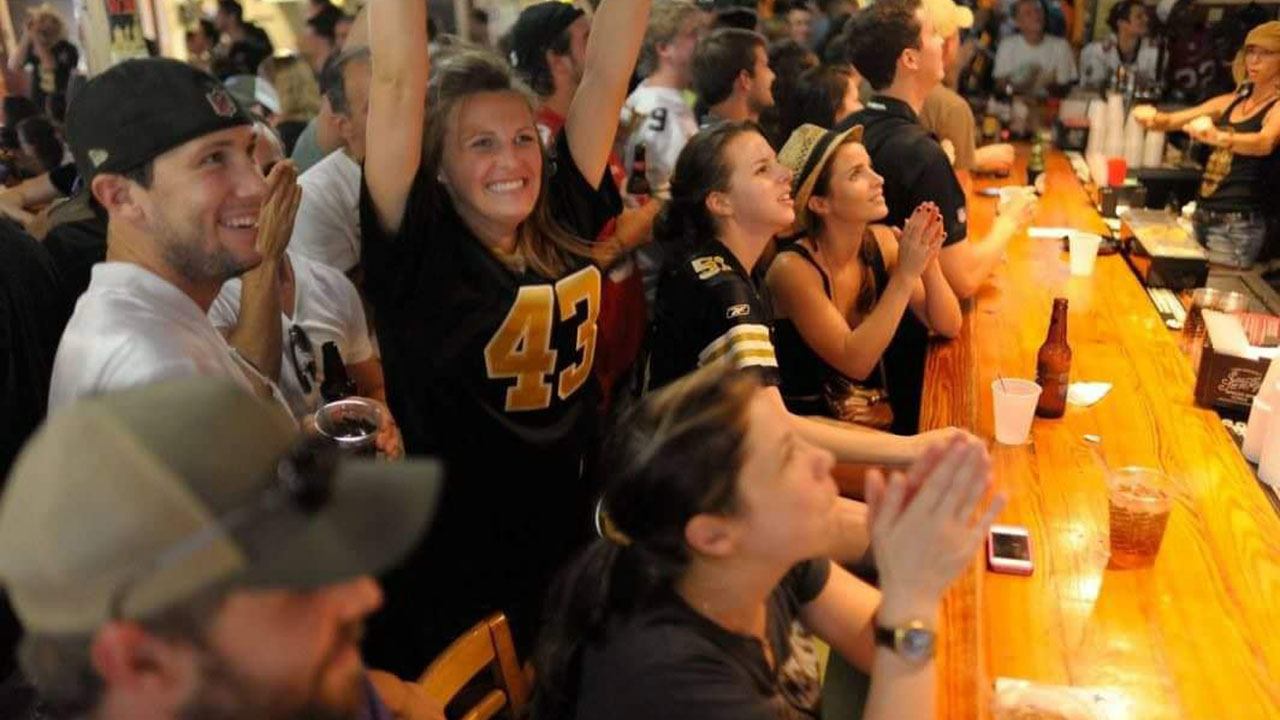 Tracey’s is a neighborhood sports bar in the Irish Channel of New Orleans. We are home to the Saints, Pelicans, LSU, Tulane fans & many more. We have great staff that bring in a local crowd where the tourists feel at home. Tracey’s features 22 TVs, subscribing to the NFL, MLB, NBA, & NHL networks, showing most Horse Races, Soccer & Fights. You can play pool here too.

Tracey’s was the original Irish Channel bar, established in 1949. It started off 4 doors down (at the corner of Constance) and moved to its current location, at Third & Magazine Street, 11 years ago. It has always been seen as an Irish Channel oasis, with cool air, the first color TVs in the neighborhood, cold beer, & fantastic food.

Tracey’s current Owners, Jaimee & Jeffrey Carreras, had an opposite path. They started their journey at Parasol’s, and moved 4 doors down to re-open Tracey’s under its original name.

They had the opportunity to buy Parasol’s at the same time as buying their first home in the Irish Channel. 13 years later they had the chance to move their recipes and their sports bar with a neighborhood crowd down the street – in the opposite path of Tracey’s original owners.

The crawfish sausage po boy was featured in The Simpson’s Jazz Fest episode. The New York Times, Washington Post, & Times Picayune, to name a few, have featured our foods, with Travel magazine naming our Roast Beef Po boy the BEST in the WORLD.

Seasonally we feature crawfish boils on the weekends. We always carry softshell crabs when available. We always have raw oysters. Look out for our happy hour specials, frozen drinks, & food specials of the day.

+All day: $6 Miller High Life and a Tullamore Dew shot

Stay Up To Date